In stock
SKU
white-domina-kannabia-5pack
Be the first to review this product
€29.00
One of the jewels in the crown, a much-improved variety with the features of the indica plants it originated from. This is without a doubt the most indica of all our crosses — a prodigy of nature whose genetics have been improved generation after generation.
Skip to the end of the images gallery 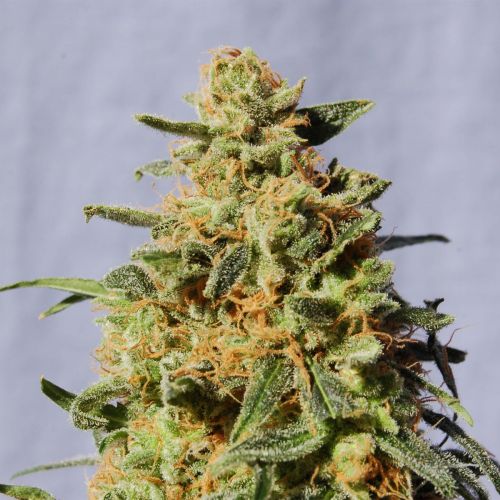 One of the jewels in the crown, a much-improved variety with the features of the indica plants it originated from.

This is without a doubt the most indica of all our crosses — a prodigy of nature whose genetics have been improved generation after generation. As it is a plant that is nearly 100% indica, it will need 20 days’ vegetative growth to reach the ideal height and form stems that, while not very long, have only a short gap between the nodes. Combine this with an excellent calyx-leaf ratio and you have a plant that forms a dense, compact central bud bursting with flowers. The plant’s vigorous growth is evident from the first shoots. A large central bud with the other “arms” up high, from which several rock-hard buds will sprout. Outdoors the plant never exceeds 2 m tall, and indoors once it reaches 35-40 cm you can move on to flowering for optimal results. Ideal for “sea of green” and SCROG.

It withstands both the excess and lack of fertiliser (recovering within a few days, with the typical strength of indica varieties) as well as periods of drought.

For optimal ripening, make sure that you use only P-K components and carbohydrates in the final weeks of flowering. Ideal for hydroponic systems thanks to the stability of its structure and its flowering times.

Keep the pH between 5.8 and 6.2, and increase the EC from 1.2 in the first few weeks up to 2.2 in the final weeks. The flowering cycle when grown indoors is 50-55 days, while outdoors the plants will be ready to be harvested by mid-September.

Its resin production is spectacular and the THC levels that you can obtain will turn you into a fan of this variety. The smell is reminiscent of linseed air-freshener mixed with tangy fruits during flowering. When smoked, the favour is of lime and lemon with a hint of piquancy, leaving your mouth dry after a couple of tokes. The high is mild but constant, with a very gradual, pleasant come-down.

One effect of smoking is the incredible appetite it gives you. It will take you little more than seven weeks to get the best results from this variety with a medium-to-high yield, reaching 500 g/m2 and 400 grams per plant outdoors.

Thanks to its genetics that have been specially adapted to Mediterranean climates, you can expect to harvest between early and mid-September, avoiding mould or any other issues later on.

Get 10% off your next order